Theosophy differs from religion in many important respects – it proposes no fixed dogma. This poses an interested question – if there is no dogma , how may one tell what is Theosophy and what is not?
A comparative study of the writings of theosophical authors does reveal contradictions . This leads some students to set up one or two authors as their official authority and to condemn any who disagree with them. This is not the right attitude because it creates the very thing which a theosophist ought to eschew, namely dogma. Ultimately, we must recall that, at our current level of evolution, we are not omniscient and have the capacity to err.

The important quality we need in this line of study is open-mindedness. This means that we must be prepared to examine ideas that are new to us and recognize when new evidence reveals that the previous concept was in err and needs revision. In science, the existence of multiple theories to explain the same phenomenon indicates an insufficiency of knowledge and a need for research. In theosophy, the same approach should be taken. The value of comparative study, which our Society encourages, is that the existence of contradictions and the consequent need for research will be discovered, whereas, if we limit ourselves to a single author, we may erroneously conclude that the truth, in regard to certain point, is settled, when , in fact, it is not. The mistake invariably made by dogmatist resides in the idea that certain author or book represents absolute authority and that it is not permissible to contradict that source or to dare to go beyond it. History demonstrates the complete folly of such a viewpoint, for we are constantly making new discoveries and modifying or correcting former ideas.

This is most evident in the fields of science and technology. But, in religion, the resistance to novelty is often fierce. As recently noted by Tom Harpur, the people who are leaving the mainline churches are not migrating to the more conservative ones-they are eschewing religion altogether as an outmoded relic of primitive thought. As those who do so are the more intelligent ones, the result is a loss of vigor in the remnant left behind. Theosophy ought to learn from this and not make the same mistake, Vigorous debate is healthy and to be encouraged, but it must be conducted in a spirit of fairness and integrity. Much of the debate that has existed in theosophical circles has been more emotional than rational, Justas it has likewise been in religion, but that merely reflects the general immaturity characteristic of humanity at the present time. 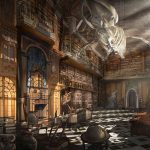 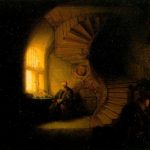