Following is a brief excerpt from an article by William Q.Judge, first published in August, 1895. He died in April, 1896 at the age of 44. His comments are pertinent even to this day. Judge was co- founder of the Theosophical Society in 1875, with H. P. Blavatsky and
H. S. Olcott.

There is a very great difference between the Theosophical Movement and any Theosophical Society. The Movement is moral, ethical, spiritual, universal, invisible save in effect, and continuous. A Society formed for theosophical work is a visible organization, an effect, a machine for conserving energy and putting it to use; it is not nor can it be universal, nor is it continuous. Organized theosophical bodies are made by men for their better cooperation, but, mere outer shells, they must change from time to times human defects come out, as the times change, and as the great underlying spiritual movement compels such alterations.

The Theosophical Movement being continuous, it is to be found in all times and in all nations, wherever thought has struggled to be free, wherever spiritual ideas, as opposed to forms and dogmatism, have been promulgated , there the great movement is to be discerned. Jacob Boehme’s work was a part of it, and so was the Theosophical Society of over one hundred years ago; Luther’s reformation must be reckoned as part of it; and the great struggle between Science and Religion, clearly portrayed by Draper, was every bit as much a motion of the Theosophical Movement as is the present society of that name- indeed that struggle, and the freedom thereby gained for science, were really as important in the advance of the world, as are our different organizations, and among the political examples of the movement is to be counted the independence of the American Colonies, ending in the formation of a great nation, theosophically based on Brotherhood. One can therefore see that to worship an organization, even though it be the beloved theosophical one, is to fall down before form, and to become the slave once more of hat dogmatism which our portion of the Theosophical Movement was meant to overthrow.

Notes: the rest of this article can be found in The William Q. Judge Series,No.3, available from The Theosophical Company. You can check on line. 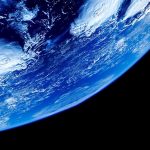 The Fly and the Fool on the HillUncategorized 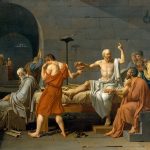